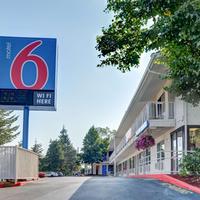 “Clean room”
“VERY CLEAN AND STERILE”
“The staff was friendly and the toom was clean and parking was good”
“Friendly staff”
“Easy on and off from I5 next to a Dennys and gas stations. The property is smaller than most motel 6's but its clean, easy and drama free!”