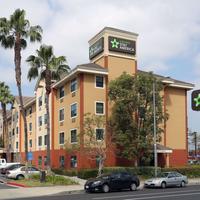 “Front desk was friendly and very informative.”
“The location was where I needed to be.”
“It was close to my destination”
“Location”