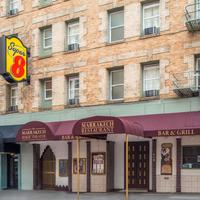 “Rooms are modernized and comfortable - a good value”
“Staff was great, very helpful.Room was very clean I forgot my hair dryer so happy there was one in room.”
“we didn't like the room and they quickly changed it for us.”
“We had a family room.”
“The room was very small and the breakfast was lacking.”