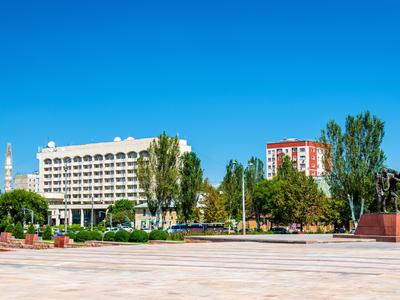 Plussat: "Crew was amazing, very attentive to our needs flying with an infant."
Miinukset: "Boarding process"

Plussat: "Everything was comfortable and the crew were lovely."

Miinukset: "Everything perfect although 757 planes seemed tired. Istanbul TA airport lounge is second only to Emerites."

Plussat: "The flight from Brussels to Istanbul was close to perfection as the plane was not full and I had 3 seat for myself... Crew attitude, professionalism and kindness"
Miinukset: "The flight from Istanbul to Kabul legs' Space and overall seat comfort Food Too many people onboard who cannot behave..."

Miinukset: "I will never forget Turkish airlines again. They stole our money. We were at our flight on time but they wouldn't let us board. They then said we were no shows and cancelled all our remaining flights with no refund. This ended up costing us around $3000. We don't have this kind of money and I don't know how we will pay rent next month."

Plussat: "Everything ok."
Miinukset: "Nothing"

Plussat: "What once was an appealing upgrade is now outdated. Turkish Airlines should look into upgrading their fleet. Otherwise food and service are great as always."
Miinukset: "Entertainment system was a bust. Our entire isle had issues with the system, movies not playing, music sounding awful. Even cameras and flight map were out. kudos to the cabin chief for going above and beyond and making arrangements in case people wanted to switch seats."

Plussat: "Crew and service One of the flight attendant saved my daughter when she Was chucking on nuts , they went above and beyond Just duty and did everything in their power to save her"

Plussat: "i like because can interline from qatar airways and baggage through as well. so i do not need to check in again."

Plussat: "They boarded on time, took off on time, and the service was friendly."
Miinukset: "Nothing really."

Plussat: "Surprised and blessed to find my suitcase on the carousel following my short overlay in Istanbul."

Plussat: "the movies were very nice. the screen was very nice the crew on the flight was nice."
Miinukset: "1. I wish that when I booked the flight it will say there is food on the flight, and that I'll have the option to choose vegetarian meal. 2. I wish the people at the Turkish lounge in I Istanbul would have been nice, and help me, and if not, guide me to a Turkish information to assist me with ordering vegetarian meal for the flight back, and to find something I've lost..."

Plussat: "I enjoyed the flight!"
Miinukset: "Not applicable"

Plussat: "Great food, comfortable seats. I didn’t go business class, but tbh I think flyin business class this route is a waste."
Miinukset: "Having to stop over in Bishkek and deplane before going on to Mongolia. Why do we have to go through security again when we’re getting onto the same plane with the same items?"

Plussat: "Turkish Airlins is so wonderful, and I really appreciate being treated like a human being at IST (unlike Schipol, De Gaulle, other airports to connect at around Europe)."

Miinukset: "We had to spend the night in Istanbul and get only on the next flight the following morning. TK airport (ground) staff that talked to us was antipathetic and it took ages to get any service. Looks like they didn't care we about the delay, nor they were trying to help us. Just kept saying we need to wait."

Plussat: "Due to the breakdown in diplomatic relations between the United States and Turkey, we were not able to secure non-immigrant visas to enter Turkey, so we had to cancel our plans to Istanbul. It is a bit of a comfort to note that Turkish Airlines seems likely to refund us the price of our tickets. I appreciate it, because I don't think they are legally obligated, though it is the ethical thing to do."
Miinukset: "However, even getting our money back on the airline tickets won't reverse the disappointment of going through all of the effort and coordination to plan the trip. I intended to take my nephew to Istanbul, a city I've never been to and always pined to visit, and had encouraged a local friend whose son, close in age to my nephew, is studying music in Istanbul at this time. My nephew is studying in Valencia, and we thought it would be a really fun and memorable experience for them to meet, and maybe they would have decided to do some traveling together in the future or my friend's son could have visited my nephew in Valencia at some point this school year. All these plans went down the drain when we couldn't get visas. We are having to content ourselves with southern Spain instead."

Plussat: "Everything was great but I particularly liked the meals. Many fine movies. However, The movie viewer on my wife's seat did not work."
Miinukset: "Flying from Barcelona to get a flight to Boston from Istanbul was a mistake on our part. We saved money but were awake for more than 34 hours"

Miinukset: "Not me but my mom was the person who was traveling. Her luggage was going straight to Bishkek from the US.Last year an old model of mob.phone has been stolen from her suitcase - this year (it is ridiculous guys) souvenirs for friends, 2 small boxes of chocolate candy bars & new underwear with tags. Turkish Airlines do smth. at least try to prevent thefts."

Plussat: "Boarding started 40 minutes later than stated on my boarding pass. Had to take a bus to the airplane and the ride was not exactly short - I'm pretty sure the plane was parked at the very other end of the airport. When we finally took off it was exactly an hour later than scheduled. That's the first time I've had a delay longer than the actual flight."

Miinukset: "The broke my baggage. I have been flying a lot lately and never had any issues until I flew with Turkish Airlines. They are incredibly unorganized, late, gave headphones just so I could watch a map since nothing else was being played for some reason, etc. I won't be flying them again."

Plussat: "Service, Food, Crew, short announcements, boarding, entertainment"
Miinukset: "AC unit was off while boarding, first 20min it was super hot. AC turned off again about 30min prior to landing, again the plane heated up rather quickly."

Plussat: "I liked the movie options and the fact that we were given blankets and pillows."
Miinukset: "I was told in Vienna that I would be allowed to carry my Kindle onto my flight from Istanbul to the USA. I was not able to and had to wait in a very long line both in Istanbul and in the US. I understand the change in regulations, but it is important that all employees of Turkish airlines are aware of the change. We also waited one hour on the runway in Istanbul. Additionally, there was a small section of the plane which received food roughly an hour later than the rest of the plane. I was on this section, and was uncomfortably hungry by the time I received food."

Plussat: "The staff were attentive to the passengers."
Miinukset: "The food needs to be warmer."

Miinukset: "We end up spending almost 1,200 use extra to reach Washington and return to Yaounde."

Plussat: "Food lemon juice entertainment and staff in general"
Miinukset: "Seats are very tight and availablty of drinks is limited during flight. They ran out of water"

Plussat: "It's an international flight and they don't offer other food alternatives."

Plussat: "Amazing service and comfortable environment. The really take care of you"
Miinukset: "Boarding Process could be a little streamlined. Guess we are used to the regulated process."

Plussat: "The crew was friendly and the food was good. Being from the US I was not expecting food in a 2.5 hr flight!"
Miinukset: "The seats were not as comfortable as in the Airbus for the transatlantic flight."

Miinukset: "The food was horrendous. Had to buy food when I landed in. Istanbul."

Miinukset: "The flight was delayed by 2 hrs, no explanation given, the ground staff was no where to be found, finally one person showed up and he was not helpful. No formal announcement was made!"

Plussat: "This airline will never be my choice of airline if I ever felt the fly the country I will pick another airline for no matter what caused it would be just so I would never have to fly on this airline ever in my life or my family or friends or anybody else I don't ever ask me I am very disappointed at this airline and the people in the customer service I'll just airline is it a money hungry airline money comes first people come last"