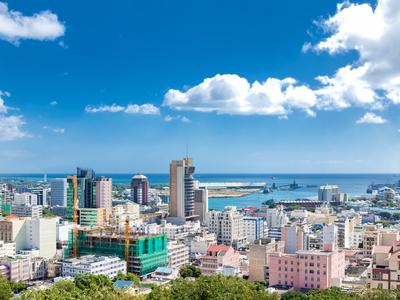 Plussat: "The flight attendants were friendly, attentive and efficient."
Miinukset: "Many flights were grounded for several hours because of some airline operational glitch. We were provided with no information or guidance about how to resume our travels. As we tried to sort ourselves out we were sent from lineup to lineup without much progress or friendly service."

Plussat: "They were more or less running on time and the crew were polite and helpful."
Miinukset: "Change up the menu every year."

Miinukset: "The service was bad and the fly attendant was mean and not helpful and gave me attitude."

Miinukset: "I was not notified, until I was already at JFK, about a 3hr50min delay in departure from JFK due to mechanical that happened in Istanbul many many hours before. Then the connecting flight at 11:15am IST/TLV was fully booked and I was booked only at 13:30 IST/TLV and therefore arrived more than 7 hours after my original schedule - due to a mechanical. According to IATA and international rules I am now due a full refund on my flight cost and will start proceedings against Turkish Airlines for this money. It was a nightmare for all the hours waiting. We also had to deplane in IST from the JFK flight on steps rather than into a gate!! Same with the TLV/IST flight. Terrible."

Plussat: "They boarded on time, took off on time, and the service was friendly."
Miinukset: "Nothing really."

Plussat: "Generally better than other European airlines particularly BA and better priced"
Miinukset: "Work to do on consistency with crew"

Plussat: "Flight was on time, relatively clean and the food was quite nice"
Miinukset: "For a flight leaving at almost 1 am, it's quite annoying to be force fed dinner and prevented to sleep for the first two hours of the flight. Dim the lights and do "on demand" dinner please."

Miinukset: "flight attendants from Nairobi to Istanbul were rude and unaccomodating. asking for a glass of water appeared to overwhelm the flight attendant."

Plussat: "Enjoyed the service! Clean bathrooms with lotion! Good silverware for eating and nice tea!"
Miinukset: "USB did not work! Front of plane was boiling whereas back of plane was freezing. My friend was so hot she was sick many times because of the hotness of the plane."

Plussat: "Boarding started 40 minutes later than stated on my boarding pass. Had to take a bus to the airplane and the ride was not exactly short - I'm pretty sure the plane was parked at the very other end of the airport. When we finally took off it was exactly an hour later than scheduled. That's the first time I've had a delay longer than the actual flight."

Plussat: "Great attention and kindness from the attendants"
Miinukset: "The cabin was very very hot during the flight."

Plussat: "Start from online checking, baggage dropped and boarding flight is a hidden tradition of high class hospitality experience. My first time ever to use Turkish airlines succeeded my expectations. food is great, the onboard seat is comfortable and the crews they're wonderful."
Miinukset: "Quietness and simplicity looks of high quality of crews presentation is a high class professional experience."

Plussat: "I loved the trip! Everything was wander full!"

Plussat: "We arrived safely and on time"
Miinukset: "The seat spacing on that flight was some of the tightest I have ever seen - worse than even most of the short-haul (Embraer) flights i have been on - barely manageable for 3.5 hours. Flight attendants were borderline rude and bossy, but they had to be, because the passengers were loud and unruly."

Plussat: "Unfortunately they do not use their best aircraft on this route, still good experience and surprisingly good food. On time and perfect service."
Miinukset: "Seats only average as far as comfort and room, and no personal screens for entertainment (unlike the route Athens-Istanbul, which is the same length as this one, Istanbul-Bari)."

Miinukset: "Boarding was devoid of any announcements or organization, and was just a gaggle of people shuffling towards a gate."

Plussat: "Flight was on time, staff were professional"
Miinukset: "The food was not sufficient. Only one choice of food which is pasta was served as the chicken was finished. This happened in both flights. They didn't have enough drinks as well.Boarding took a long time. More staff needed to ease boarding stress"

Plussat: "Nothing"
Miinukset: "At the airport communication was very poor and everyone was very unhelpful"

Miinukset: "My flight was cancelled ten days prior to departure. Nothing to do with weather. Without my permission they, booked my return flight with a 20 hour layover in Istanbul airport. I had to buy a new ticket home on a different airline. Waiting for a refund which currently seems impossible."

Plussat: "the crew were great clean cabin"
Miinukset: "no entertainment systems lowered the food standard comparing to previous time I flew with them long boarding times"

Plussat: "The crew was mostly kind and the airplane was comphy when no one was sitting by my side. Excellent entertainment!!!"
Miinukset: "Couldn't find where I should order unusual food. Turkish web is not effective for travelers."

Miinukset: "I made request by the phone, for service animal. They told me to call back after 24h!!! After 5 days of waiting, more than 50 calls to customer "support " that barely speak English, I was forced to go to "Airport " to chek what is the problem with my request. Over there they helped me, and everything was fine after that. But this is RIDICULOUS, that I need to go to f... airport to solv the problem. Never ever turkish!!!!!!"

Plussat: "I just liked the entertainment. I watched couple of movies comfortably. That's it."
Miinukset: "I didn't like the food, crew. Most crews didn't SMILE, din't greet properly. It is very disappointing. Why they don't Smile? During my trip to Atl to Istambul I asked one crew to give me some water. But she didn't give me. After then I asked another crew. It made me very upset. I am not satisfied about food. It is not standard. It needs to be improved. Train your crews how to SMILE and Greet."

Plussat: "Low prices & generally good service and entertainment"
Miinukset: "In contrast to my trip from SFO, this was a delight. They use Airbus A330s, which are huge and very comfortable. The food was pretty good and the service quite warm. The boarding was again late --it is becoming a theme with this airline and of course, we were late taking off and arriving,"

Miinukset: "Our flight was canceled and we lost an entire day of our vacation (apartment rental, car rental, etc). Before leaving to Istanbul when we were in New York we asked if they would reroute our flights from New York City to Naples, Italy since the terrorist attack occurred in Istanbul causing the airport to be shut down. We were reassured that there would be no problems and we would be rerouted once we landed in Turkey, and lo and behold our flights were canceled. We had to spend the day in Turkey, pay for our own food, and pay for the visa €30 per person. This all could have been avoided had they rerouted our flights to another city."

Plussat: "The quality of service is always on top, kindness and help is always when you ask..."

Miinukset: "There is a sthg in the food which was plastic.and it could be really dangerous for me.I showed the hostes and said they could change in flight from istanbul to izmir."

Plussat: "We were very satisfied with the service and friendliness we will dfinitely look up turkish airlines on the future."

Plussat: "i love the fact that there is a chef on board..and that hey give the electric candke fior dinner. food is excellent. the lounge in instanbul (business) is impressive. the ver best lounge in the world, i would say:)"
Miinukset: "the ride was very bumpy: lots of turbulence. Of corse it is not the fault of the pilot, although more communications from the crew would be helpful. in general, there is very little communications from pilot/crew to passengers."

Plussat: "The service was outstanding, this is one of the best airlines I have ever flewn. Considering its elegancy and exquisite service. My twelve hours from Miami to Istanbul turned out to be less because of the amazing service I recieved. Very happy that this airline exist and cannot wait to go back and experience this great airline again."
Miinukset: "They're are no negative feed back to Turkish Arlines"

Plussat: "On time, food was good but can be better."
Miinukset: "Space for legs too short, for long hour flight better use bigger plane with bigger space inside."

Plussat: "Very accommodating staff."
Miinukset: "Temperature was up and down. Seats were small."

Plussat: "Overall a well done trip"
Miinukset: "The audio plug at my seat did not work."

Plussat: "Nothing really"
Miinukset: "There was no vegetarian food on the menu on the flight between IST-BOS. The stewardess told me I needed to request special vegetarian mean while checking in. This is the first time this has happened to me."