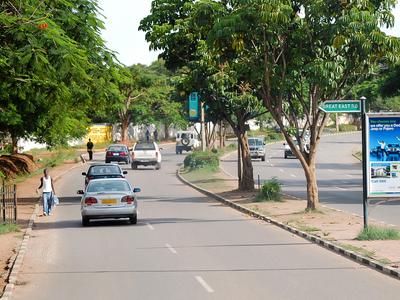 Plussat: "Flight was smooth and ontime"

Miinukset: "Flight was delayed for an extra 2 hrs, with inadequate refreshments. Plane wasnt clean and had musty smell."

Miinukset: "Comfier seats Some entertainment...there was none. Plane very hot and claustrophobic"

Plussat: "nothing I liked about this flight. Our flight was delayed by more than 6 hours. Even though airline had an opportunity to bump us in their sister airline- precision airline in earlier flight Nairobi, they refused to help us. Precision air had lot of seats empty."
Miinukset: "Kenyan airways do not care about customers and inconvenience they are facing. We were suppose to arrive Dar at 7:30 pm and instead now we will arrive at 1:30 am on 28th Jan 2020."

Miinukset: "KQ has never not delayed. This time, it was delayed twice for a total of three and a half hours."

Plussat: "Toilets were clean right up until landing"
Miinukset: "When breakfast was served, there was only the option of poached eggs. We asked if there was an alternative and Philip said No. Shortly after starting our cold poached eggs Philip brought the people across the aisle to us a sausage alternative?! All the flight attendants looked unhappy until getting off the plane. Entertainment was very basic and not really up to date."

Plussat: "Staff was friendly and professional."
Miinukset: "The quality of the food. You pay a lot for a ticket, for that pricem, I just don't expect a croissant (no butter or jam included) and a dry cake. Flight would normally leave at 7.30 AM. A normal time for an airline to serve some kind of decent breakfast for the price you pay. Not at KQ. They are not making friends this way. Am not even talking about emails going unanswered for days with very specific questions: how to book extra luggage allowance. Anyway…"

Plussat: "Glad to receive small snacks for short flight Headphones were issued from from second flights, but not from Zanzibar"
Miinukset: "Check air on on plane as it was so lights that air doesn’t hit the face so it was very warm flight"

Miinukset: "Not many movies to chose from."

Miinukset: "Seats are not comfortable for a 14 hour flight. One meal was served 1 hour before landing, Need for more drinks and food during a 14 hour flight. Flight was held at gate for 45 minutes before takeoff without explanation. Luggage was not transferred from a connecting flight."

Miinukset: "Delayed by 4 hours, no explanation!"

Miinukset: "I am waiting at the airport to catch a flight tonLusaka. This is because I was bumped off my floor flight that I have no seat. Not sure when I will get ion that flight."

Plussat: "I liked when there was turbulent, the pilot told us that we should be calm as the plan was going to experience turbulent in a few moment"
Miinukset: "I felt like the queen cake had a lot of sugar, think of those who do not eat sugar"

Plussat: "They made my journey exciting"
Miinukset: "The delay leaving Nairobi was long and they offered us on breakfast"

Miinukset: "I find your company canceled my ticket from Kenya to Cairo for all my 7 tickets"

Plussat: "The crew was great, and greeted passengers with a smile."

Miinukset: "Should add more updated content in their inflight entertainment"

Miinukset: "The worst airline I’ve ever flown with! We missed our connection from Nairobi because they set off early and didn’t wait for us. The staff in all airports we rude (one swore at me!) they charged us obsense amounts for luggage we were under weight with all in all an awful experience. NEVER fly kenyan"

Miinukset: "Did not arrive for it"

Plussat: "The timely departure and arrival."
Miinukset: "The aircraft deployed is old no entertainment facility...you cannot charge your phone."

Miinukset: "The food could be improved and the movie collection could be updated"

Miinukset: "It was way too hot. Our child was uncomfortable from the heat the entire trip."

Plussat: "Both segmrnts left on time. The on- flight crew were pleasant. The 787 on first flight comfortable in biz class for a nap. Food service well carried out by crew."
Miinukset: "The 737 on second flight ....the long overnight one... Was very uncomfortable in biz class. On arrival in Nairobi...the hub city...there was no staff. A.c. no working or escalator in airport. Biz line for security not open. Food below average. No breakfast as we one meal."

Miinukset: "By far the most uncomfortable and crowded plane I’ve ever taken."

Plussat: "Everything went well as scheduled"

Plussat: "The plane is nice with wonderful amenities. The flight was on time even though departure was 1 hour late. The price is great."
Miinukset: "The staff did not care. They caused many of the delays, exasperated many customers, and slept during the flight instead of tending to the needs of passengers. If you're prepared to take care of yourself, the price and speed may be too hard to pass."

Miinukset: "I’m still in Nairobi because they delayed the plane"

Plussat: "Same as above"
Miinukset: "Nothing"

Plussat: "Everything worked like a flight should work from check-in to landing"
Miinukset: "Food was minimal and rather tasteless, but not a real concern"

Plussat: "The whole trip was awesome....comfortable and plenty on movies on board"

Plussat: "On board movie selection is good, however could be a bit larger."

Plussat: "On board movie selection is good, however could be a bit larger."