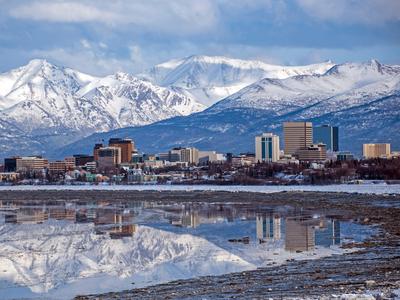 Miinukset: "Had to wait over 30 minutes for my bag. Crew was unpleasant at best. Seats are too narrow."

Miinukset: "Over 3 hours late for no good reason. Took an hour for maintenance to show up to sign a piece of paper. Changed departure gate 3 times. Wake up American, you’re service has gone completely to hell. And hellish is how I would describe the experience of flying on your airline"

Plussat: "Terrible"
Miinukset: "American isn’t my preferred airline for obvious reasons (delays, notoriously bad service, old planes, and a lack of amenities like WiFi and tv’s), but now I’ll never spend my money with them again. They took me off an already delayed flight after I’d already boarded to examine my smart bag. I know that lithium batteries can’t be taken in the underbelly of the plane and I knew my bag would likely be checked at the gate (why I removed the battery and left it at home in the first place). When they asked me if I had a lithium battery in my bag I said “no.” They then gate checked the bag and allowed me on the plane. After everyone had been boarded (half an hour after we’d been scheduled to take off) they then called my name out on the speaker. I had to then de-board the plane and re-explain to staff that there was no lithium battery in my bag. The staff didn’t believe me citing the infallible logic: “there are ports so there’s a battery.” I told them again and again that the battery had been removed and the charging ports—while there—were inert as they weren’t attached to the battery. STILL, I had to remove all of my clothes from the bag, and open every single compartment (of which there were many) for them to allow me to get back onto the plane. They were telling me that they might have to “rebook the flight” if my bag couldn’t get on. I don’t think I need to explain how agitated/terrified that made me."

Miinukset: "In-flight movies were broken the entire flight. There was no way to charge a phone or laptop despite the 3+ hour flight time. My 45 minute hopper from RDU to CLT had both plug and USB. Additionally AA does not offer free messaging."

Miinukset: "A different choice of snacks would be nice."

Plussat: "Flight left on time."
Miinukset: "No charging points at seat and armrest headphone jacks did not work."

Plussat: "Nothing."
Miinukset: "Everything."

Plussat: "The fact that I got to my destination"
Miinukset: "Having air conditioning on an aircraft is critical on a hot summer day. Especially when a flight is delayed 2 hours on the tarmac! Miserable."

Plussat: "Yes."
Miinukset: "I tried to mark all EXCELLENT, but I couldn't get the circle to color in the circle excellent."

Plussat: "I was sitting next to really fun people, so that made the flight more fun. The crew was nice."
Miinukset: "The baggage delay was rough. It was due to lightning so it wasn't totally the airline's fault, but my bag was unloaded from the plane at 7:45pm according to the AA app, and I didn't get it from the carousel until 8:59pm. I don't know where it was in the meantime after being unloaded."

Plussat: "The crew was slow. Granted, the plane was full and the crew had many passengers but service was slow and cursory."
Miinukset: "Flying economy on American Airlines is very unpleasant. The seats are too small-the aisles too narrow and the bathrooms incredibly tiny. Only 2 bathrooms in economy for a tremendous amount of passengers. I had requested a bulkhead seat because of hip surgery. I had to purchase it."

Plussat: "Great crew"
Miinukset: "We experienced flight delays, lots of turbulence, and my knees were pressed up against the seat in front of me the whole duration of the flight. They also overbooked the flight, so some people had to take a flight the following day."

Miinukset: "American’s little buses at DCA suck. Why should I have to wait for everyone who gate checked a bag to get to the terminal? Let me walk to the terminal, get more buses, or get more gates."

Plussat: "Early arrival and ease to sit down"
Miinukset: "Better snacks and"

Miinukset: "The crew was a little late"

Plussat: "Crew was nice and kept us updated."
Miinukset: "Flight arrived 20 minutes early and we still deboarded 20 minutes LATE. Wifi on flight is ten dollars instead of being free and they use plastic cups for the drinks which I am sure is not recycled."

Plussat: "AA was great, the only issues we had was 100s of screaming babies and rude people that cut the line....Not much AA can do about that."

Plussat: "On this flight back to Arizona they arrayed mutt husband and I together, unlike on our way to Spokane. That was much better. We had more leg room this time."
Miinukset: "The seats are hard, fine for young people, but difficult for older people with arthritis and Auto immune diseases, such as fibromyalgia."

Plussat: "Very smooth. Outstanding A-321 platform."
Miinukset: "No place to plug in my dying phone. All Group 7-9s had to check bags. This is unacceptable. Had to wait on connecting passengers (didn't know the airlines did that anymore). I am tired and have to go to work at my usual time since the flight landed late."

Plussat: "Nothing"
Miinukset: "Why did my bag not get checked into the flight?! I was for 2 days without clothes and toiletries!!"

Plussat: "quick easy flight"
Miinukset: "the remodel at LAX is a mess but the shuttles are nice, just be prepared if you have to shuttle to another terminal. Also check food, I went from gate 50A and had to shuttle to 52A and that area only has one area to get something to eat and its just sandwich, and not a lot of choices."

Plussat: "Entertainment and meals"
Miinukset: "Crew could of been friendlier"

Plussat: "Flight was direct and on time."
Miinukset: "Waited 45 minutes at baggage claim before the carousel even began to move. Not much legroom or personal space."

Miinukset: "I can't rate it because they canceled my entire itinerary without so much as an email. I did not take my flight to Wilmington via my original flight. I had to book another flight because the change fees were too expensive. I did not know that my return flight to Denver had been canceled until I was checking in a few hours before my flight. I was told my ticket had no value. Awesome! It really stings that I then had to book a new return flight, and because I am a teacher who makes about $23,000 a year, I had to book the cheapest flight, which was with American. I do not plan on giving them any of my hard-earned money in the future if I can help it."

Plussat: "Ground delay but we still got there in time and I made a close connectionshort flight"

Plussat: "Getting off of that plane."
Miinukset: "I understand delays happen and are sometimes out of your control. However, customer service is something that you can, should, and must control. I witnessed a lack of self control of the American employees (including a Supervisor) and every point of my trip w/your customers. I was embarrassed for the American executive team."

Plussat: "Much more legroom on this flight, even though it was a smaller aircraft."
Miinukset: "Gate agent seemed a bit overwhelmed. Helpful, but not overly friendly. In stark contrast to my earlier flight from Charlotte to Memphis, where the gentleman was extremely pleasant and cheerful."

Plussat: "A short flight that was even shorter because we arrived early. Luggage arrived promptly at Baggage Claim, too. American has flights between Chicago and New York practically every hour, which is very convenient. They might as well have a shuttle. Gate staff and flight attendants friendly and helpful. Love the upgraded individual consoles for the entertainment."
Miinukset: "Nothing"

Plussat: "Same as above "loved everything" excellent flight!!!"
Miinukset: "Nothing"

Miinukset: "Having to pay $50 to check bags when if I had been able to to Ak Air check in they would have been free"

Miinukset: "AA canceled my flight my kids who live 4 hours away from San Diego drove that distance to pick me up yesterday, we got a hotel room for the canceled flight but they ended up paying $200 for the night. AA did not let us know thr flight was canceled until late last night."

Plussat: "Nice plane when we finally boarded it. Crew was very professional."
Miinukset: "Endless advisories, the official explanation of the flight delay and estimated departure was constantly in flux."

Plussat: "The flight was very comfortable and all was good."
Miinukset: "It would be nice if it offered some kind if entertainment Not everyone has a portable device.."