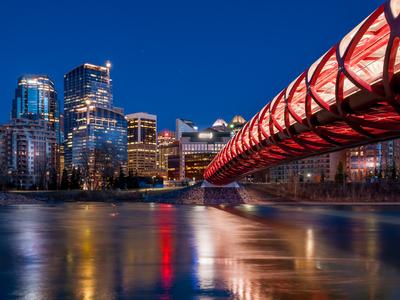 Plussat: "Crew was nice, especially the AE crew"
Miinukset: "No delays, there were 4, communication via text was nice, but a reason why so many delays would’ve been nice"

Plussat: "The crew was great!"
Miinukset: "We had a difficult time getting in the air in the air. We left 1.5 hours late! Not AA fault!"

Miinukset: "The crew was outstanding and the aircraft was new and comfy"

Plussat: "The crew was great. The plane was clean. Both flights were on time and went very well."
Miinukset: "The one thing I must say could be better is limiting people to one carry on bag. There were a few people that held up the boarding process because they had more than one bag and they were trying to find a open slot in the overhead compartment."

Plussat: "Staff was friendly"
Miinukset: "It was crowded"

Plussat: "Easy check in and boarding"
Miinukset: "Flight was delayed 45 minutes while sitting on runway"

Miinukset: "There was a 1.5 hour weather delay."

Miinukset: "Flight was late!!!!!! But plane was there at gate 2 hours b4 scheduled departure time"

Plussat: "Delays. Standbys. Cancellations. No explanations provided."
Miinukset: "EXPLANATIONS!!! Don’t bump me from a flight and not explain why!"

Miinukset: "The hardest thing about any air travel is cramp seats in coach. That being said, AA makes the best of your cramp quarters with free online movies and television, and a power outlet for your cell on the headrest in front of you, which is so convenient and makes up for the tight seating!"

Miinukset: "5 hour delay including multiple gate changes, being pulled off the runway and poor communication"

Plussat: "The flight attendant was very nice and tried to make our long delay tolerable"
Miinukset: "Why do you board a flight when the airport has grounded takeoffs? Just to meet some stupid metric for on-time departures, you make 100 people sit in the plane for 2 hrs, when you could have just let them wait to board. Misery."

Plussat: "On time boarding taking off and landing in Grand Rapids. Crew was very nice and let me keep my whole can of soda."

Plussat: "Great flight even though delayed. Flight attendants were friendly and the seats were comfortable, unlike on the international leg."

Plussat: "Flight crew was great and made the flight that more memoriable ."

Miinukset: "My flight was delayed. I felt lucky when they gave me a place in a plane leaving 1 hour earlier. But that flight was delayed twice because of mechanical problems: the first time we had to go back to the gate and the second time we stayed on the runway just before take off Not enough room in overhead bins. They asked people to check small suitcase or bag."

Plussat: "The people where great. But this does not make up for what happened."
Miinukset: "1. Undisclosed LAX bus ride time limit to get to gate. BS 2. Undisclosed LAX bus ride to gate. BS 3. Alaska Airlines never explained at ticket purchase that it was at American Airline Terminal. Caused a 8 min walk to AA terminal from Alaska terminal. BS 4. None of this was explained at ticket purchase. Not happy. Probably will never try to fly Alaska Airlines again."

Miinukset: "Sat next to a dog guy and the crew did not help with the situation"

Plussat: "On time departure"
Miinukset: "Why do not they serve FREE water????"

Plussat: "Comfort. We had a bulk head seat. Newer plane"
Miinukset: "No food offered . Not even for purchase."

Plussat: "The staff was nice. The food was good."
Miinukset: "One hour and 30 minutes delay. I got my luggage the next day after landed."

Plussat: "The landing was great!"
Miinukset: "Crew not very friendly but thats normal in AA"

Miinukset: "Paid for upgraded seats to get more legroom in main cabin. But legroom in Row 6 was still cramped."

Plussat: "Flight operated safely and on time. American is trying to be better."
Miinukset: "Never enough overhead storage space when flight attendants bring three carryons and passengers can only bring two. The Group Zone boarding process is an improvement. Captain not very informative about the plane's route of flight and some of the major cities the that we flew over."

Plussat: "I liked the fact I eventually ended up in Dallas - that's about the only thing I liked about this flight."
Miinukset: "Inconsistent service - some customers got cans, some got just a cup with a lot of ice and drink. FAs were uninterested when the drink I wanted was not available. Flight was delayed by a maintenance issue. Overall, a terrible experience."

Plussat: "Japan Team excellent in customer service"
Miinukset: "AA flight crew very poor and not helpful, I saw one of the flight crew almost fight with a customer over a baby crib. As per my experience I had a nice travel suit that I took off and flught attendant did not offer help. I have to store on floor."

Miinukset: "After we got to the airport we found out our flight would be delayed three hours. Couldn't change us to an earlier flight. Changed gates four times but they did provide a sandwich and drink."

Miinukset: "After having my flight delayed 4 hours causing me to miss my connection, I was placed stand by on a different flight through another city so I could try and make it home on time. I was the first person in line for stand by, but the flight was full so I knew it was a long shot. Waiting at the gate, I was excited because one person didn't show and they were giving him a two minute wait time before I could board. During this wait time a woman passenger came over and said she had just been given a ticket change at the gate counter. The agent at the gate was furious because the flight was sold out and said the woman should not have received a ticket, but should have been placed on stand by. She went over and scolded the other agent for this mistake. Okay, so she should've been placed on STAND BY behind me in line. After the unprofessional arguing between the two agents, they both admitted it was a mistake and she should be second in line for stand by, BUT they did not honor this and placed her on the plane bumping me. Needless to say, I missed my connecting flight because of this and extremely inconvenienced my family and in addition had to pay an extra 75 dollars out of my pocket to keep my dogs at their kennel an extra night because I arrived home 5 hours after expected. I understand that flights end up getting delayed and the agents are doing the best they can to accommodate travelers, but admitting a mistake and not fixing it to make it right is unacceptable. I notified American Airlines of my situation and only received a form letter with enough miles to get me 1/8 of a flight. I don't even care about the miles because I don't plan to ever fly with them again, I want the money for the dog kennel I had to pay extra. I was visiting my husband who serves in the US Army causing separation from our family for long periods of time and this extra headache and expense due to the mistake of American Airlines was disheartening."

Plussat: "Getting off of that plane."
Miinukset: "I understand delays happen and are sometimes out of your control. However, customer service is something that you can, should, and must control. I witnessed a lack of self control of the American employees (including a Supervisor) and every point of my trip w/your customers. I was embarrassed for the American executive team."

Plussat: "The service was great"
Miinukset: "No TV or WiFi"

Miinukset: "The touch-screen entertainment system was not very responsive. It was difficult to get the screen to recognize your selection."

Plussat: "I like that the crew was professional and courteous."
Miinukset: "That I was there and hour before my flight and my seat was given up. I didn't like that people are allowed to retract all the way making my flight uncomfortable."