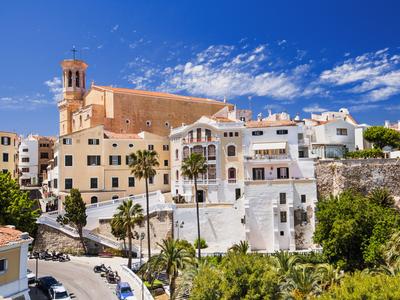 Plussat: "The crew were helpful and efficient - it was a short flight so they had very little time to prepare the meal, distribute the meal and prepare the aircraft for landing - but they did."
Miinukset: "The English announcements by the cabin crew (not the pre-recorded announcements) were difficult to understand at times due to the accent."

Plussat: "A quick, quiet and relaxing flight - no stress at all. The flight was uneventful. My carry on bag had to be stored in the bottom of the aircraft as the overhead lockers in the aircraft are small. As such - just before you board the aircraft, you place your carryon bag at the bottom of the steps and then when you get off at your destination, you collect your carry on bag at the bottom of the steps - no time wasted and worked easily."
Miinukset: "The English announcements were a little hard to hear/understand as the flight attendant read it so fast - but then again - it was a short flight - so every second counts :-)"

Plussat: "The crew were friendly and helpful and the flight arrived early, even though we left a little bit late - as such - I was very happy with the flight. The onboard entertainment system was wifi based and there was a USB charging port in the seat too - modern aircraft."
Miinukset: "I had no complaints - the flight was just what it should have been ie no issues"

Plussat: "From checkin, to boarding, to the fly, to luggage collection - the staff were all friendly and helpful and the whole experience was without issue. The flight was comfortable, leaving a touch late and arriving 10 minutes early. I have no complaints at all and would be happy to fly Iberia Express again."
Miinukset: "If I had to find one thing that wasn't so good - it was the time it took for everyone to put their carry-on luggage in the overhead lockers although this is not the airline's issue but became their issue because it meant the boarding process took a while. As mentioned - only a minor issue."

Miinukset: "You made me late for my connecting flight by unloading my carry one bags slowly. It cost be $500 extra dollars and I’m stuck in Madrid until Friday which is making making me miss work. Unacceptable."

Plussat: "Everything"
Miinukset: "Nothing"

Miinukset: "Politeness of the crew"

Plussat: "Crew"
Miinukset: "At least they could offer drinks"

Miinukset: "Ibéria offers a terrible service to its customers"

Miinukset: "Ibéria offers a terrible service to its customers"

Plussat: "The aircraft comfort"
Miinukset: "Do the checking before not 15 min before the departure"

Plussat: "To check in took so long . I could have used the automated check in but my code was not recognised. Travelling as a couple we were given separate seats .The staff did not even see fit to even tell us.Poor meals. the cabin crew looked harassed."
Miinukset: "Send emails reminders to offer web check in."

Miinukset: "Delayed by an hour due to inbound delay, causing a knock-on delay with plane maintenance. While fairly comfortably seated and offered water, this still was somewhat unpleasant especially after a long-haul from Havana"

Plussat: "On time"
Miinukset: "SEAT was not confortable"

Plussat: "Not a lot."
Miinukset: "Arriving at the gate whilst the flight was still boarding, with a boarding pass in my hand, and being told that my seat had been given to someone else because the Airline unilaterally decided that my connecting flight from Bogotá would not arrive in time. Followed by two hours of Iberia staff being surly, not looking me in they eye and doing absolutely nothing about getting me home. I have now been travelling for nearly 30 hours without sleep, am stuck in Madrid with no certainty of when or how I will get home or see my luggage again, and am seriously seriously pissed off. I do accept that things can sometimes go wrong and that it is nobody’s fault. This is definitely somebody’s fault."

Plussat: "We arrived on time!"
Miinukset: "Checking in and dropping off luggage was a nightmare... There was no one at the check in desks indicated on the screens or the check in terminals. Eventually I found a desk at a different location that would take my bag. Boarding was chaotic, no lines, just a crowd blocking access. Even passengers with small children couldn't get through. Space between seats was minimal. Crew was ordering passengers to take headphones off during security demo. I understand it is important to be attentive, but ultimately you shouldn't be forced to."

Plussat: "It was a direct flight"
Miinukset: "Ticket had no info on baggage allowance. Got charged $55 for one piece. Website has glitches that would not save passport info. Flight attendant did nothing. Did not ask people to have their seats upright during landing. No food or even water for a 7 hour flight unless you pay. Seat uncomfortable. Horrible experience."

Plussat: "The food was nice."
Miinukset: "There was no water in business class toilets. The staff are not polite."

Miinukset: "I can’t rate it is it left without us"

Plussat: "Nothing"
Miinukset: "The flight circling for 1 hour leaving our connecting flight cancelled and forcing us to stay in Madrid for 24 Hours and the Iberia staff being rude and unhelpful left us in the airport for 6 Hours before offering us a hotel and coming back the next day to do 2 flights instead of a direct flight"

Miinukset: "It took a very long time to drop bags because there were only three people at the Iberia desks."

Plussat: "Everything was perfectly...nice crew"

Plussat: "Flight time"
Miinukset: "That I fly in Tourist"

Miinukset: "Flight was delayed for hours. Very little explanations. We were herded onto flight and staff at gate were beyond rude and aggressive."

Plussat: "Very nice crew members!"
Miinukset: "The food was So So. We had to take a bus to the plane out in the middle of the taxi area. Sat on the bus for several minutes be fore they would let us board."

Miinukset: "One of the cabin crew had a attitude problem, very much a bull in china shop. Very disappointed. She threw a pillow someone had dropped at the seat between my partner and I. Kept on bargain past me and kept on knocking my arm while I was seated"

Plussat: "Was very lucky and had whole row of three seats to myself. Also time zone change so flight was only really 1 1/2 hours instead of 2 1/2 hours."

Plussat: "Good, quick flight!"
Miinukset: "Being told that we could not bring cabin luggage on board with us when there were empty seats and luggage space around us."

Plussat: "It was a great experience. The crew was helpful and kind."
Miinukset: "All but two toilets were out of order halfway through the flight."

Plussat: "Left on time, arrived 40 min early."
Miinukset: "The food was the worst on an international flight (out of more than 30)"

Plussat: "The attention, food and entertainment available on board"

Plussat: "The cool thing about this airline is that it’s dirt cheap to get from Oakland to Barcelona!! I will say tho, you do get what you pay. We purchased the most basic flight and that’s really what it was. Tight leg room and lots of people. If you’re over 5’5 I HIGHLY RECOMMEND getting extra leg room if it’s available. Aside from that. The flight was cool and the staff was nice!"

Plussat: "The screens on a dozen seats just failed a few hours in - engineering issue. And breakfast was a cold pretzel. Food gets let’s generous on BA all the time. The crew were lovely."
Miinukset: "A 2330 Flight ran significantly late with a passenger delay and then de-icing. The repeated assurances of “a 10 minute or so delay” were obviously not correct. Takeoff close to 0100 was followed by drinks AND then food - my vote would be neither. Please oh please just let us sleep."

Plussat: "Never happened. Missed because of security. Have no idea where our luggage is. Everybody gives us a different story"

Miinukset: "Few minutes late. Which caused us to miss our main flight. Still have no luggage. Why would flight like that be scheduled so close together. Impossible to accomplish after going thru customs."

Plussat: "Crew did get us on standby; more legroom than trans-Atlantic flight"
Miinukset: "6 hours too late"

Miinukset: "Iberia lost one of our bags and also broke our stroller"

Miinukset: "Barcelona to Madrid... got the TB section. Chorus of coughers in these days."