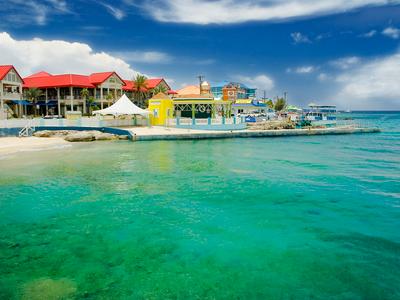 Miinukset: "I ordered kosher food and again American Airlines didn’t get me any"

Plussat: "Very friendly and accommodating."
Miinukset: "tv screens on the back of seats"

Plussat: "Crew was amazing!"
Miinukset: "Food was very nominal considering the 8 hour flight even for a small female like myself. One sandwich and chips and one serving of snacks. Also the temperature on the plane was extremely warm."

Plussat: "Left right on time and arrived at early. Relatively efficient boarding. Seats ok."
Miinukset: "Nice to have inflight entertainment to own devices. Would have been helpful to have emails in advance letting you know what browser/app requirements are! Bathrooms are at a premium on a full flight!"

Plussat: "The crew was fantastic and very nicely got us into an earlier flight and allowed my wife and I to sit together for our 10th anniversary"
Miinukset: "The entertainment apps were difficult to use"

Plussat: "Nothing"
Miinukset: "Everything"

Plussat: "The connecting BA flight from Houston to LHR was an old 747 and my broken window blind didn’t go down. The worst part was I paid for a bulkhead seat and once we got on the plane it turned out the configuration was different and the seat was not bulkhead."
Miinukset: "Accurate configuration. A more modern plane."

Plussat: "Wide choice of films on the flight, boarding was hassle free."
Miinukset: "Crew could have been much politer when asking about the food wishes of others. Seemed to have no idea how to walk through the aisles, hitting my head and shoulders more than once while walking through."

Plussat: "The crew was very nice Seats very confortable"
Miinukset: "Honestly nothing could be done better. Loved it!"

Miinukset: "Yo actually take off on time"

Miinukset: "Seats what happened to towlets after food Also never asked if we would like water etc I felt invisible"

Plussat: "Good entertainment, seats were ok."
Miinukset: "I paid for a seat with extra leg room and then was told at the gate that there were none of those seats left, despite the fact that I booked and paid for that seat 3 weeks ago!"

Plussat: "The crew were great, entertainment was good."
Miinukset: "After sitting on the plane for an hour they found a problem and so we had to deboard and wait for another plane. Obviously better than taking a less than optimum plane but added a lot of waiting time to an already long day. Not great that on a 6 hour flight we had to buy food."

Plussat: "It left on time and arrived on time"
Miinukset: "Service, comfort and food as I would rate these below 0 if there was that option."

Plussat: "The crew skipped me for breakfast and i had to ask for food."
Miinukset: "The food was not very good. Bread rolls stale and inedible. The rest of the flight was good."

Plussat: "Crew was very nice."
Miinukset: "WiFi was not gogo; entertainment system didn’t work - no audio. They rebooted it multiple times but it would not work. No compensation was offered and the entertainment in the app did not work either."

Plussat: "Everything went smoothly. The boarding process, the time of departure, the food, and but for an aborted landing we would’ve been on time. As it was we were only 15 minutes delayed"

Plussat: "The legroom."
Miinukset: "There was nothing not to like."

Plussat: "Everything."
Miinukset: "Waiting for 30 minutes a Dublin to dock."

Plussat: "Nothing"
Miinukset: "Condescending staff, lackadaisical crew, pitiful excuses of why we were delayed."

Plussat: "Crew were ok Captain was informant"
Miinukset: "Delay Heat on plane at 98 degrees upon boarding"

Plussat: "I liked the entertainment. Seats were ultimately uncomfortable. Not helped by the backs being loose."

Miinukset: "Due to a medical issue I needed to change my flight. American would not work with me and charged $500 for new tickets. They would not even refund the upgrades I paid for. 100% sure they were able to resell the seats on the original flight. On top of that had to pay a $100 heavy baggage fee for a pound over weight. Will never fly American Airlines again."

Plussat: "We got to our destination aver 12 hours late."
Miinukset: "In addition to being rebooked approximately 12 hours after our original flight, this flight left about 40 minutes late."

Miinukset: "The vegetarian meal is always vegan, I miss the dairy :("

Miinukset: "The flight was delayed. The food was not great. There is not a lot of space in these planes, and it was a long flight. There is no power supply."

Plussat: "Great films and tasty food"
Miinukset: "Had to run to gate after two buses to reach correct terminal. Saw info that flight was closing. Held up at gate due to confusion with my boarding pass. Limited leg room on flight. End of flight huge queues at Dallas airport for security. After a long flight a passenger does not need to be corralled through excessively long winding lines."

Plussat: "The people I spoke to on the customer service line and then especially at the service desk in Miami were able to help me get a sooner flight so I didn’t have to be driving home until the wee morning. I am VERY grateful to them and American Airlines policies which empower its employees to assist its customers."
Miinukset: "I have to say, I’m a medium sized 6 foot guy, but I felt very uncomfortable in the seat with another 6 foot man to my right. I felt like I couldn’t use rest my shoulder, since he was using the armrest. i know this is a calculated decision made by very high ups, but the seats just need more comfort. I was even in an exit row, which has more legroom in comparison, but the actual seat was almost painful."

Plussat: "I needed special assistance due to limit of mobility and I have been refused assistance twice"
Miinukset: "On the top of that my luggage was damaged"

Miinukset: "Food and drinks could be better"

Plussat: "Good space in premium"
Miinukset: "Female cabin crew were aggressive, discourteous and frankly rude to the passengers when they had to verbally communicate. I hear this so often with American cabin crew. When I started to experience this I became aware of the same trend in regard communications with other passengers. Very unattractive."

Plussat: "Dreamliner plane"
Miinukset: "Terrible service from get go which continued when landing in Melbourne with hopeless Qantas."

Plussat: "Easy checking with great Customer Care. Made my trip enjoyable. Will use again in July..."

Plussat: "Arrived slightly early. The crew was efficient and friendly. The interior and seats looked new."
Miinukset: "Nothing was negative."

Plussat: "The onboard crew was very friendly and attentive. American’s service has been vastly improved on international flights over the past couple years. It’s always nice to have a good selection of on board entertainment to keep you busy for 10 hours."
Miinukset: "The boarding process was disorganized and I was told I wouldn’t be able to carry on my luggage even though I had flown 2 other American flights that week and had no problem. I measured my bag before starting my trip and it fit in the bin. After demanding an explanation from the gate agent. She let me board with it. The seats on every airline get smaller and smaller. have less leg room and are hard. I’m a 5’10 woman and was incredibly uncomfortable after a few hours."