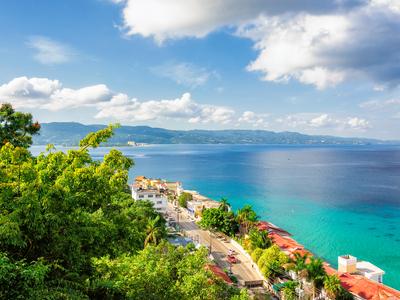 Plussat: "Crew could have been a little more friendly. Seating was great"
Miinukset: "Had a 3 he delay due to technical issues on the aircraft.. this was the third time it happened in the last four months"

Miinukset: "Staff does not understand regulation"

Plussat: "good crew ok food for airline"
Miinukset: "despite an outrageous price we had problems registering our luggage economy light never heard of it"

Plussat: "everything from the boarding and check-in process to in flight comfort."

Miinukset: "No proper wheel chair assistant and made passenger miss the flight. Airlines have to take extra steps to make wheel chair passengers to reach the gate safely and on time."

Plussat: "I paid to go with Lufthansa airways not with United Airways. And I came to know the day of the flight that I was to board United airways. Really disappointed."
Miinukset: "In the international flight United Airways charge for the Wiskey liquor. And that is ridiculous."

Miinukset: "It was one hour late leavinh"

Plussat: "Despite the short flight we were still given food and as always I love airline food. Free alcohol is always a bonus as well! Nice crew and timely take offs and landings. Could bring two hand luggage (backpack and suitcase) which I like even though I didn't have to pay extra!"
Miinukset: "No negatives."

Plussat: "Lufthansa is great to fly with!"

Plussat: "Crew. Courteous, engaging and supportive, of-course with a smile."
Miinukset: "Nothing on this flight"

Plussat: "How smoothly everything ran"
Miinukset: "Drinks served from glasses on a tray. I would have preferred an individual bottle of water."

Miinukset: "Flight was cancelled, so I was rebooked on a later flight. Had to sit in a middle seat (which I did not prefer). Low rating on food and entertainment because there was none due to it being a quick flight (there was no N/A rating choice)."

Plussat: "That was the most comfortable flight I have ever had. Famous German standards of excellence. Everything was just as it's supposed to be. Punctuality, politeness, order - just perfection. Thank you for such a great treatment!"
Miinukset: "N/a"

Plussat: "The crew were friendly"
Miinukset: "Nothing I didn't like"

Miinukset: "Movie screen is outdated and touch screen didn't worked for me to select movie. Screen for flight status was showing flight from Mexico to Germany. We did fly from Germany to Chicago."

Plussat: "Service is good, you actually get food and drinks, thanks for that."
Miinukset: "The seats in the economy class are too small. Not once did I have someone sitting next to me who could actually fit in his seat. They weren't particularly large people, just average men but their arms were in my space all the time. Also if I drop something, I cannot pick it up, there's no room. For transatlantic flights the seats should be bigger."

Miinukset: "The food is not tasty"

Plussat: "great flight attendants - very friendly and attentive"
Miinukset: "The landing was extremely turbulent - an announcement from the pilot would have been nice."

Plussat: "The food was pretty good. Entertainment selection was good!"
Miinukset: "Boarding was delayed for some reason. It seemed like every baby in the world was on the plane, and they all cried at the same time. Of course, Lufthansa can't help that. The on-flight entertainment system was painfully slow."

Plussat: "Quick boarding"
Miinukset: "Flight was slightly delayed. We had to hustle in Munich to make our connecting flight (so we thought) to IAD. It turned out the flight to IAD was also somewhat late so in the end all was well but we had less than an hour to make the connection and it was a bit fraught."

Plussat: "I was really upset because time for living 6 and we left 8:15 I had connection fly to Romanian I missed because of ...I stay in Germany for 5 hours.I ask Lufthansa too put me on Tarom fly they say is United fly...they really make me updated.I think the crew on United is not friendly.The food waste good in"
Miinukset: "I like the movie"

Plussat: "Pleasant staff, drinks including digestive, toilets situated downstairs"
Miinukset: "Boarding could have been done in sections, not all at once. Entertainment needs to be refreshed more often"

Plussat: "I would like to commend the crew on this flight for the way they handled a medical emergency during the flight. I thought that the brew reacted and handled this emergency in a calm, professional and dignified manner. Very little information was conveyed to the passengers aside from what was necessary. I thought that was very dignified and respectful of the circumstance. The flight was diverted from Munich to Vienna, the affected individual was evacuated and the flight was back in the air shortly thereafter. I would like to say Very Well Done to the crew and airline for the training they received and handled the situation."

Miinukset: "We couldn't check in for the next flight when we departed from Oslo. Disappointed we had to wait until arriving in Frankfurt. Something about not being partner airlines."

Plussat: "The crew was great. The seats were ok."
Miinukset: "Check in was very, very slow, for some reason."

Miinukset: "The special menus items do not cater to people who have peanut and tree nut allergies. i was only able to eat pretzels and drink coca cola."

Plussat: "Nice flight. Wish all flights were as nice as this."
Miinukset: "They maintain the economy class nearly at 30 degC...hot."

Plussat: "Service was good"
Miinukset: "Cancelled my original flight for unknown reason, and never sent notification via email or phone."

Miinukset: "The flight was late for 2 hrs with no explanation"

Plussat: "nice services."
Miinukset: "no order in boarding and no chairs in Panama airport. Had to stand for 2 hours before boarding."

Miinukset: "No seating area at or near the gate we boarded at, and as boarding was delayed, many people ended up standing for some time because we did not wish to wander too far and then be late for boarding."

Plussat: "Very friendly and accommodating crew, efficient service, nice breakfast pastry for the short flight to Frankfurt"
Miinukset: "Would have been nice to have an entertainment option, but I had a book, so the 2.5 hrs went fast enough."

Plussat: "The fact is actually took off."
Miinukset: "Gate change at the exact time we were to board causing a 1:45 delay since our flight wasn't in the correct spot for the flight control deck to push our plane back. We made our connecting flight by about 8 minutes in Munich."

Plussat: "Service was good, boarding was fast, no other issues."
Miinukset: "The seat pitch is inhumane. I could barely fit into the seat without hitting my knees on the seat in front. And that was before the person ahead of me reclined. It's not like Lufthansa is a budget airline. It's a full-fledged major carrier charging full-fledged prices. Seriously, I was expecting more."